St. Vincent, senior, 2018 winner
The senior reached his peak level of performance in his final spring, pushing past the field to win the Class 2 state title in the 400-meter run with a time of 49.941, while also earning bronze in the 200 with a time of 22.63. In the 400 Ś his best event Ś he also earned a sectional and district championship and was also the district winner in the 200. A multi-sport standout, this is his first Semoball Awards nod. 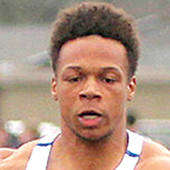 Charleston, sophomore, 2017 winner
Anderson was a standout of a strong Blue Jays performance at the Class 2 state meet. He won an individual state title in the 100-meter dash, crossing the finish line in 11.06 seconds. He also showed off his sprinting prowess with three more all-state results Ś third in the 200, second in the 4x200 relay and fourth in the 4x100 relay. á 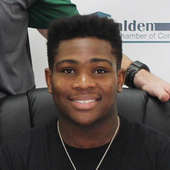 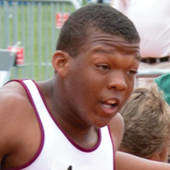 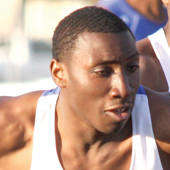 Charleston senior, 2014 winner
Ware collected some hardware at the Class 2 state meet. He earned all-state honors with second-place finishes in the 100-meter and 200-meter dashes with times of 11.17 and 22.7 seconds, respectively. He also was part of an 800-meter state champion relay team.