2018 Sportsmanship Award
After opponent Nathan Ruark, of Saxony Lutheran, suffered a lacerated spleen against the Blue Jays in a Class 3 sectional, Charleston players surprised him while he was on bed rest at his home by showing up to check on him and present him with a basketball signed by the members of the Charleston basketball team.

2017 Sportsmanship Award
When heated rivals Van Buren and East Carter met in a boys basketball game in December, it was a kind act that transcended rivalry that was remembered. In the final minute of the junior varsity contest, the Bulldogs allowed East Carter freshman Jacob Rogney, who has a learning disability following a traumatic brain injury suffered in a car crash, to receive an inbounds pass and score while players and fans from both sides chanted Rogney’s name. 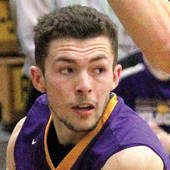 Bloomfield, 2016 Sportsmanship Award
On a team that went to the Class 2 boys basketball final four, Battles was the epitome of sportsmanship. Against Campbell, he was physically manhandled and fouled, but after the game approached the players responsible, shook their hands and graciously accepted an apology, maintaining his cool and sporting attitude even in the face of unsporting behavior. He was also Bloomfield’s first four-sport athlete, student body president and academic standout. 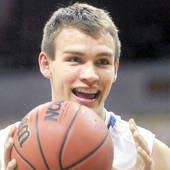 2015 Sportsmanship Award
Himmelberg, who was part of the Bulldogs’ state champion baseball team and third-place basketball team, suggested to coach Jeff Graviett that his injured teammate, Derek Hulshof, pinch hit for him late in Notre Dame’s championship game. Hulshof, who had torn his ACL early in basketball season, got an RBI single to conclude his senior year. 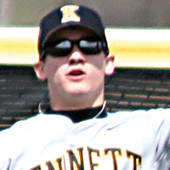 Kennett, 2014 Sportsmanship Award
Wallace’s story includes a comeback, but it was his attitude throughout dealing with the injury that helped make him a finalist for this award. After a preseason injury ended his senior football season before it started, he never stopped supporting his teammates, never complained and eventually had an all-SEMO Conference baseball season.