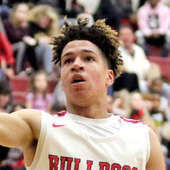 Sikeston, 2020 winner
The senior guard was named as the SEMO Conference Player of the Year after averaging over 17 points and five assists per game for the 16-win Bulldogs. He will play baseball at Saint Louis in the fall, but was a Class 4 All-State selection in basketball, as well as a Class 4, District 1 honoree. 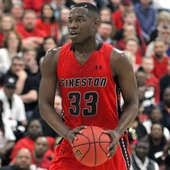 Sikeston, 2016-2018 winner
His final season as a Bulldog was as good as any he’s had, averaging 21.1 points, 9.8 rebounds, 4.7 assists and 2.4 steals per night but, most importantly, also leading Sikeston to the Class 4 final four. Thatch was the Class 4 Player of the Year and Conference Player of the year while rewriting the Bulldogs’ record book, even while battling a foot injury during the season. 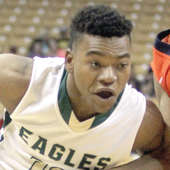 New Madrid County Central senior, 2015 winner
The 5-foot-9 guard cast a big shadow for an Eagles team that reached the Class 3 final four, averaging 24 ppg and 3.0 rpg. He shot 58 percent from the field, and his accolades range from all-SEMO Conference to all-state to Class 3 Player of the Year. 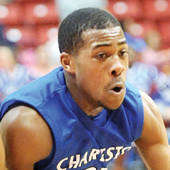 Charleston junior, 2014 winner
Bogan led the Bluejays to the Class 3 quarterfinals while collecting 24.7 points, 6.4 rebounds, 3.3 steals and 2.8 assists per game as a junior. He shot 46 percent from behind the arc and made 76 percent of his free throws.