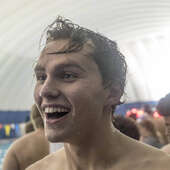 Notre Dame
The Bulldog senior placed in the top 16 in four events (the maximum allowed to compete in) at the 2020 Class 1 State Finals including the lead-off leg of backstroke in the 200 medley relay (16th-place), as well as a leg on the sixth-place 400 free relay. He also placed 15th in the 200 IM and 10th in the 500 free events. 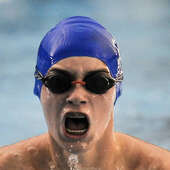 Notre Dame
The Bulldog junior competed in four events at the 2020 state finals and scored points in three of the races. He swam the fly leg of the 16th-place 200 medley relay, as well as being on the 200 free relay (sixth-place finish). Individually, Hux placed 11th in the 100 fly and 24th in the 200 IM. 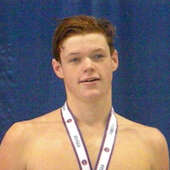 Notre Dame
The Southeast Missourian Swimmer of the Year qualified for the 2020 MSHSAA Class 1 State Finals in four events and earned top-six finishes in all four races. 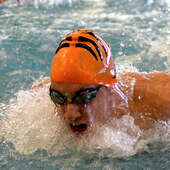 Cape Central
One of the most decorated swimmers over the past three seasons in Southeast Missouri, the Tiger senior swam to top-eight finishes in a pair of individual events at the 2020 state finals. He was sixth in the 100 fly and eighth in the 100 breast. Maxton closed his career with six top-eight finishes at the state finals, as well as a pair of state championships on Cape relay squads. 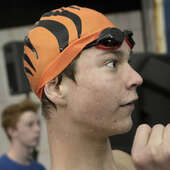 Cape Central
The Tiger junior competed in a pair of individual races at the state finals and scored points in both. He took 16th in the 200 free and placed 12th in the 500 free.