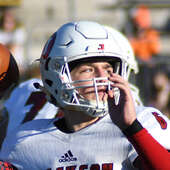 Jackson
The senior quarterback made a mockery of opposing defenses and the Indian record book (he accounted for 53 scores last fall). He’ll go down as one of the all-time greats of this tradition-rich program after guiding Jackson to an unbeaten, state championship season. 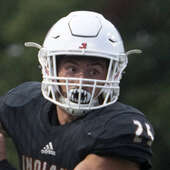 Jackson
The senior running back worked his way back from a season-ending knee injury as a junior to have a fantastic senior campaign. 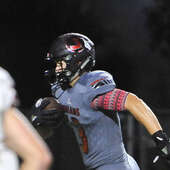 Jackson
The athletic tight end provided a big, agile, and strong target for Welker. He helped the Indians win 38 of 40 games over the past three seasons and advance to consecutive state title games. 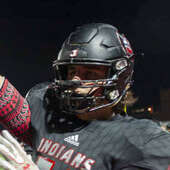 Jackson
The behemoth offensive lineman has already taken the next step, as he is enrolled at Missouri and is battling for playing time at the SEC level. He was named the Carr Trophy recipient (top player in SEMO Conference). 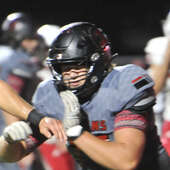 Jackson
The junior offensive lineman is the “next great one” for the Indians upfront. He has size, strength, and athletic ability and will be a force in 2021. 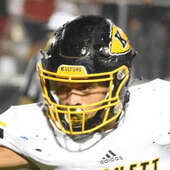 Kennett
The junior running back was named to the All-State Second Team after helping the Indians win 11 of their 12 games. He ran for 1,670 yards, averaging 10.6 yards per carry, and scored 32 touchdowns. 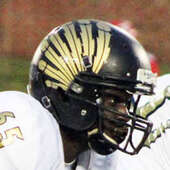 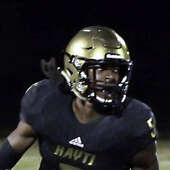 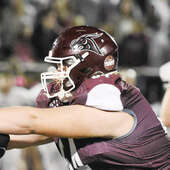 Poplar Bluff
The talented and strong lineman helped the Mules enjoy their first winning season since 2017 last fall. He earned All-SEMO Conference and All-District honors and will play in the fall at Quincy University. 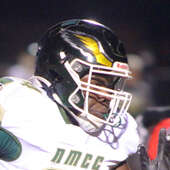