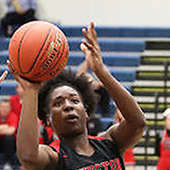 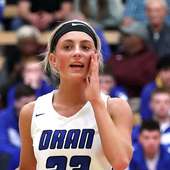 Oran
The senior guard averaged nearly 15 points and over four assists per game. Payne helped the Eagles advance to the Class 2 state title game and was named Class 2 All-State, as well as was the Scott-Mississippi County Conference co-Player of the Year. 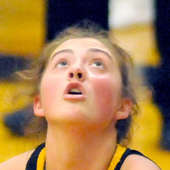 Doniphan
Ederer averaged 14 points and seven rebounds per game and was the top vote getter in the Class 3, District 1 All-District balloting. She helped the Donettes earn their first District title in 13 seasons. 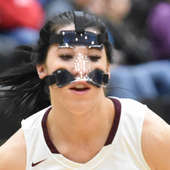 Neelyville
Liau averaged nearly 16 points and seven rebounds per game, as she helped the Tigers win 20 games and the Class 2, District 1 championship. Liau played the final month of the season in a protective mask after suffering a broken palatte. 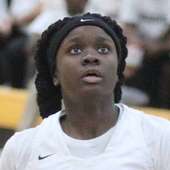 Hayti
Johnson averaged an astonishing 34 points, 12 rebounds, six steals, and five assists per game, as she helped the Indians win 18 of 25 games. She was named as the Bootheel Conference Player of the Year and has already scored over 1,200 points for her career despite being just a sophomore. 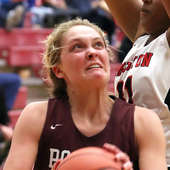 Poplar Bluff
The Saint Louis recruit helped the Mules win both the Class 5, District 1 title, as well as the Sectional championship. She averaged over 21 points per game and was named as the SEMO Conference Player of the Year, as well as being selected to the Class 5 All-State squad. 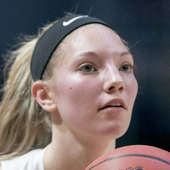 Notre Dame
The 6-foot sophomore has raked in several NCAA Division I scholarship offers and helped the Bulldogs advance to the Class 4 State Finals this season. She displayed athleticism at both ends of the court and skill on both the perimeter, as well as the post. Rubel was a Class 4 All-State selection and helped Notre Dame win 25 games, which was the most in a decade. 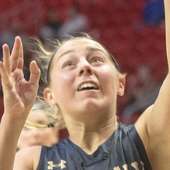 Saxony Lutheran
The versatile athlete helped the Crusaders win 18 games, including the Class 3, District 2 championship, as well as the Sectional title. Brune averaged over 22 points per game and was a Class 3 All-State selection and will play soccer at Southeast Missouri State next fall. 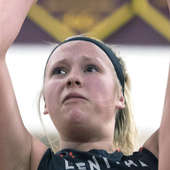 Cape Central
The 6-foot sophomore averaged 16 points and 11 rebounds per game in helping the Tigers win their most games (19) in more than a decade. She was named to the SEMO All-Conference and All-District squads, as well as the Team Holiday Classic and Benton Christmas Tournament honor squads. 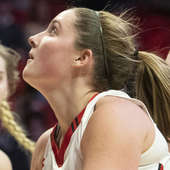