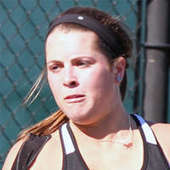 Kennett, senior
A familiar face for those familiar with the Semoball Awards, Hilburn is the reigning Girls Tennis Player of the Year. Her senior season was again in impressive as Kennett’s No. 1, helping her doubles partnership finish second in the state. She was also 16-1 in singles competition, went 26-4 in doubles and posted a 2-0 record against fellow Awards finalist Grace Powderly of Notre Dame. 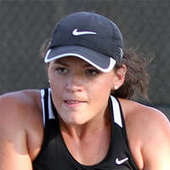 Kennett, senior
The other half of Kennett’s top doubles team, with Hadley Hilburn, Shetley filled the No. 2 role for the Indians and went 9-1 in singles competition. A Semoball Awards nominee in 2016, this time around she combined with Hilburn to go 26-4 in doubles action and finish second in the state, driving another strong season for Kennett as a team. 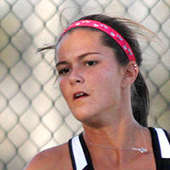 Kennett, junior
Williams did enough as Kennett’s No.3 — playing behind the dominating duo of Semoball Awards veterans Hadley Hilburn and Heidi Shetley — to garner attention. She pushed her away into the elite eight in singles competition, going 20-7 on the court to help the Indians to a 12-1 team record and a 10th consecutive district team title. 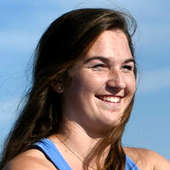 Notre Dame, junior
A relative novice when it comes to tennis, Powderly has put together a strong resume very quickly. After earning a spot among the Semoball Awards finalists a year ago, the junior is back. She led the Bulldogs as their No. 1 player and became the first every Notre Dame girls tennis player to qualify for state in singles competition. 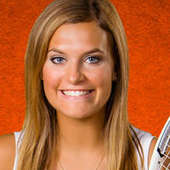 Cape Girardeau Central, senior
Harding wrapped up her Tigers career with a strong fall season, standing out as her team’s No. 1 singles competitor as well as in doubles competition, where she paired with Jordan Maxton as Central’s top pair. Her season came to an end in a Class 2 sectional.