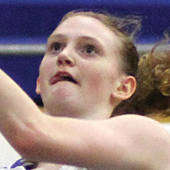 Charleston, junior
Watkins had already been a contributor for the Blue Jays, but she took it to another level in 2016-17, averaging a double-double. Her 19.5 points per game and 11 rebounds per game paced her team, for which she was the unabashed leader. She also averaged a whopping 4.4 blocks per contest and 2.9 steals. 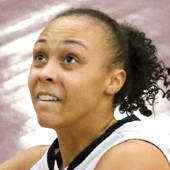 Dexter, sophomore
Putting together as good a campaign as you’ll find in Southeast Missouri, Mosby shined this winter as she helped the Bearcats to an appearance in the Class 4 final four. The sophomore averaged 22 ppg on 54.3-percent shooting (as well as 47.3 percent from beyond the arc), with 4.4 rpg and 2.6 assists per game. Mosby was selected as the SEMO Conference Player of the Year and a Class 4 All-State selection. 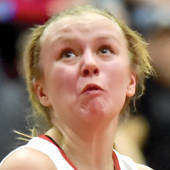 Jackson, senior
A team captain, Stafford’s season was defined by more than just numbers, as she provided critical leadership to an Indians squad that went 22-7 and reached a Class 4 quarterfinal. The upperclassman averaged 13.5 ppg along with 2 assists per game and 2 spg; she was a 43-percent 3-point shooter and was the SEMO Conference’s top free-throw shooter (85 percent). Stafford earned All-Conference and All-District nods. 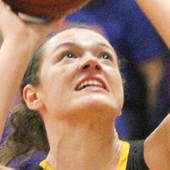 Kennett, senior
The senior was a force inside for the Indians, posting a double-double on the season with 15 points and 10 rebounds while converting 51 percent of her shot attempts. Her final effort in a Kennett uniform earned her honors as a Class 3 All-State pick as well as an All-Conference and All-District selection as she returns as a Semoball Awards finalist in basketball for a third straight year. 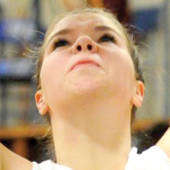 Naylor, junior
Still just a junior, this is already Pickrell’s second Semoball Awards nomination in this category. Pickrell put up 20.6 ppg for Naylor this season, along with 9.2 rebounds and 4 assists per game. She shot 54 percent from the field and notched her 1,000th career point while grabbing a spot on All-District, All-Conference and Class 2 All-State teams. 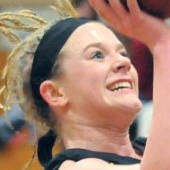 Neelyville, sophomore
Part of a two-headed monster that lead Neelyville back to a Class 2 quarterfinal after a final four appearance a year ago, Worley led her team in scoring with 22.8 ppg. She also ripped down 6.3 rpg and contributed 4.4 apg and 3.1 spg for the Tigers. Worley shot 39.2 percent from 3-point range and was named to All-Conference, All-District and Class 2 All-State teams. 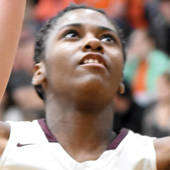 Neelyville, junior
Partner in crime with Worley, Fowler was also key to her team’s success in 2017-18. She put together 17.3 ppg and 9.7 rpg to nearly average a double-double, while also averaging more than 4 assists and 3 steals per game. A 52-percent shooter, Fowler was recognized at both the All-Conference and All-District level. 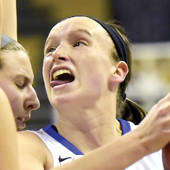 Oran, sophomore
Cauble made a statement as a freshman, but she was even better as a sophomore. Making her second straight Semoball Awards finalist appearance, Cauble led all players in Southeast Missouri with 33 ppg. The guard also averaged 5 rpg, 4 apg and 3.5 spg as she spurred the Eagles both offensively and defensively to the program’s greatest season ever, with a Class 2 final four appearance. She shot 55 percent overall, 40 percent from 3-point range and 82 percent from the free-throw line. Cauble earned a Class 2 All-State nod and was the Class 2 District 2 Player of the Year. 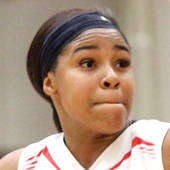 Sikeston, senior
The 5-foot-9 senior was a threat inside and out as an uber-athletic weapon for the Bulldogs. Mitchell averaged 24 ppg and 8 rpg while also acting as a playmaker for her teammates with 3 apg. Mitchell missed a portion of the season, playing in 20 games, and her impact as a difference maker was more than apparent. 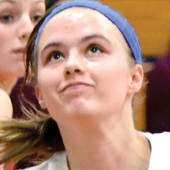 Twin Rivers, junior
A dangerous long-distance shooter, South wrote her name in program lore as she broke the school record for 3s in a season with 67. She scored 20 ppg with 4.3 rpg, 2.8 agp and 3.5 spg. That effort was good enough to earn her spots on both the All-Conference and All-District teams.