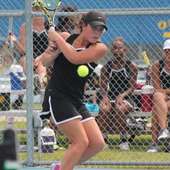 Kennett, junior
Hilburn qualified for the state tournament for a third straight year, was district champion for a third consecutive campaign and finished her season with a record of 23-4. The Indians’ No. 1 player was a district champion and defeated Notre Dame’s Carly Hopkins twice in three meetings. 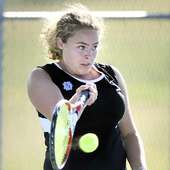 Notre Dame, senior
The four-year player is the reigning Semoball Awards Girls Tennis Player of the Year. She advanced to state all four seasons of her high school career, including a state semifinal appearance at the Class 4 doubles tournament this season with teammate Grace Powderly. 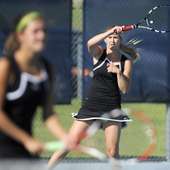 Kennett, senior
McPherson finished 18-0 as the Indians’ No. 3 player this season. She competed with teammate Heidi Shetley in doubles play and qualified for the state tournament, dropping a 2-0 decision in the opening round of the state bracket. 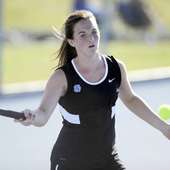 Notre Dame, sophomore
Powderly made the jump from the Bulldogs’ No. 4 position to No. 3 in 2015. She racked up a 13-3 mark in singles play as a sophomore and, along with teammate Carly Hopkins, advanced to the state semifinals, finishing the year with a 20-1 record in doubles. 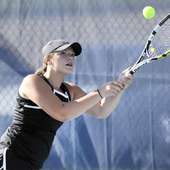 Kennett, junior
Shetley, Kennett’s No. 2 player, wrapped up her season with a perfect 17-0 record in singles play, including a victory over John Burroughs. Shetley and teammate Alexa McPherson placed second in the district in doubles and qualified for the state for the second consecutive season.