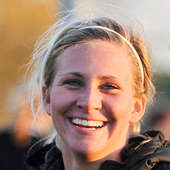 Jackson, senior
A repeat Semoball Awards finalist, Tomsu wrapped up an impressive high school career with another 21 goals and four assists, helping the Indians to the district title game. She was selected All-Region and will pull on a Southeast Missouri State uniform next year. 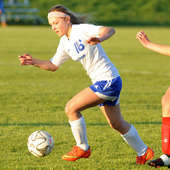 Notre Dame, freshman
The freshman striker blew down the doors in her first varsity season, compiling 33 goals and 10 assists while helping the Bulldogs to a district championship and sectional berth. Her efforts earned her All-Region Player of the Year, All-Conference and All-District. 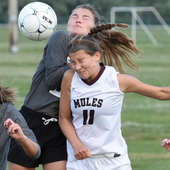 Poplar Bluff, sophomore
Johnson was a critical piece of Poplar Bluffĺs district title season, setting a school record with 24 goals and 10 assists to pace the Mules in the attack. 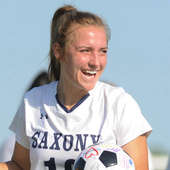 Saxony Lutheran, senior
The reigning Class 1 Girls Soccer Player of the Year was outstanding again as the Crusaders won a second consecutive state title. As an attacking midfielder, Mirly scored 26 goals and added 24 assists to earn a nod as All-Region Offensive Player of the Year, All-District and All-Conference. 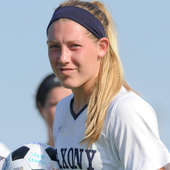 Saxony Lutheran, senior
After missing her junior year due to injury, Brune was the heart of another title-winning Saxony side. A versatile player often put wherever her team needed her most, she scored 18 goals and posted 17 assists, scoring three goals in the final four. Brune will play Division 1 soccer at Troy (Ala.) next year.