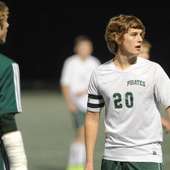 Perryville, senior
A prolific striker that helped the Pirates to a second-place finish in the state, Bergman tallied 22 goals and 18 assists, leading his team in scoring for a third straight year. He was named to the first team for All-Conference, All-District, All-Region and All-State, and was the All-Region Offensive Player of the Year. 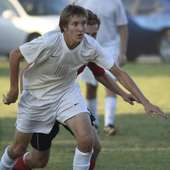 Poplar Bluff, junior
Hardin plied his trade at both forward and midfielder and made major contributions to the Mules’ offense, with 19 goals, 14 assists and a pair of hat tricks. His exploits earned him first-team spots at the All-Conference, All-District and All-Region levels, while also being named Honorable Mention All-State. 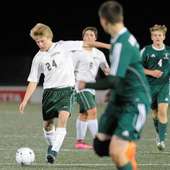 Perryville, junior
Jannin’s tireless work on the Pirate back line helped his team back to the state championship game and was critical to his side’s 15 shutouts on the year. He was named the All-State Co-Defensive Player of the Year in Class 2, and also earned a spot on the first team for All-District, All-Region and All-State, and was All-Region Defensive POY. 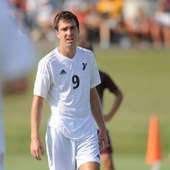 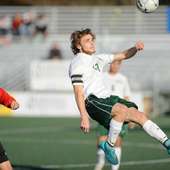 Perryville, senior
A midfielder with a high work rate, Wood not only orchestrated things in the middle of the park for the Class 2 runner-up, but also scored 15 times while assisting on 13 tallies. He was the Conference and Region Player of the Year as well as a First Team All-Conference, All-District, All-Region and All-State selection.