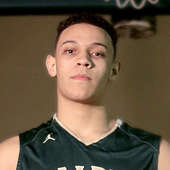 Malden
The Green Wave big man was a conspicuous presence on the basketball court, earning Bootheel Conference Player of the Year honors, all-conference, all-district and Class 3 all-state with 19.9 points per game and 9.9 rebounds per game. In the classroom, he graduated in the top 10 in his class with a 3.5436 GPA and was a Student Council officer for four years. He also received scholarships from Hannibal-LaGrange University both academically and athletically. 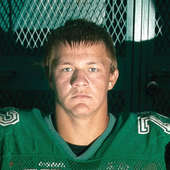 Perryville
A three-sport athlete, Mueller committed his time not only to athletic endeavors Ś football, basketball and baseball Ś but also to multiple school organizations, his churchĺs youth group and volunteering. He finished the year with a 3.7 GPA. On the football field he was a first-team all-region pick at defensive end and earned the Burlsworth Character Award. 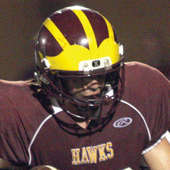 Kelly
A standout representative of Kelly High School, Burford was a leader on the football field, helping the schoolĺs football program through its birth. He was also an all-state performer in track and field as a junior before suffering through injuries in his final season. His hard work in the classroom led to a perfect 4.0 GPA. 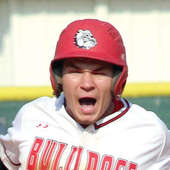 Sikeston
A Semoball Awards finalist in baseball, Wolferding stood out as a leader in the classroom and the on the diamond. He was the Bulldogsĺ team captain and earned all-district and all-conference honors. He graduated with a 3.922 GPA. 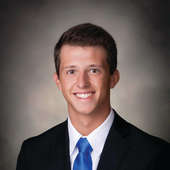 Notre Dame
Edwards often sacrificed the personal spotlight to be a part of a bigger team effort, and it paid off in the classroom and on the athletic field. A dual-sport athlete in both basketball and baseball, he visited the final four in both sports and won a baseball state championship in 2015. Academically, he graduated as salutatorian of his class with a 4.45 GPA. 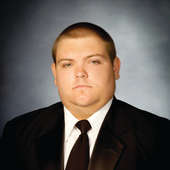 Cape Central
The senior posted a near-perfect 10.59 GPA (on an 11-point scale) while playing football in the fall and participating in track and field in the spring. He excelled on the football field, helping the Tigers to another state semifinal, and was named first team all-conference, all-district, all-region and second team all-state on the gridiron. Vaughn Ś who volunteered as a student tutor Ś finished top 20 in his graduating class of 254 and will continue his football career at Central Methodist. 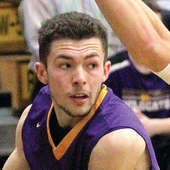 Bloomfield
Battle captained the basketball team to Class 2 state as a senior and also participated in cross-country and baseball. A tremendous leader and student body president, Battles excelled at getting his fellow students to work together toward a common goal. Standout work ethic allowed the senior to juggle a busy schedule and succeed throughout in. In the classroom he maintained a 3.84 GPA. 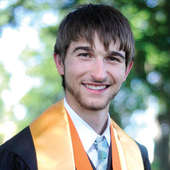 Advance
In addition to providing leadership for both the cross country and golf team Ś which he helped finish fourth at the Class 1 state tournament Ś Miles posted a 4.59 GPA while leading the schoolĺs robotics team to its highest ever overall finish in regional competition 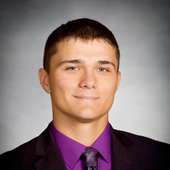 Bell City
Maddox put together a well-rounded resume that showcases his leadership qualities in the classroom as well as in the locker room. He was a key figure in baseball, basketball and track for the Cubs, helping the baseball team to a second consecutive Class 1 state champion. He was Bell Cityĺs Student of the Year in 2015-16 and kept himself busy with the academic team, prep club, FBLA, FCCLA, Student Council and National Beta Club. He posted an 11.5 GPA on an 11-point scale. 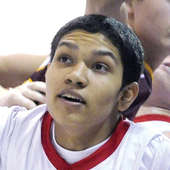 Eagle Ridge
Patel was a standout in soccer, basketball and track and field for his school, postseason honors that included first team all-state and all-conference in soccer and second team all-state and honorable mention all-conference in basketball. A natural leader and communicator, Patel worked to make those around him better. He posted a 3.9 GPA.

Clarkton
An exemplary student-athlete, Gouldman worked hard on and off the field. In the classroom he put together a 3.7 GPA. On the field and court, he played baseball and basketball, earning all-conference honors in the former, while earning a reputation as a leader and motivator. 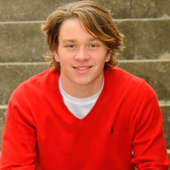 East Prairie
A four-year regular in football, basketball and baseball, Ellis racked up postseason honors in all three, recognized for his defensive contributions in both basketball and baseball. On the gridiron, he broke the schoolĺs passing record as a junior. His leadership shined throughout his resume, and he was also the senior class president, homecoming king, Beta Club and FBLA member and a youth coach in basketball and flag football. He graduated with a 3.9 GPA, among the best in his class, and already amassed 12 hours of college credit. 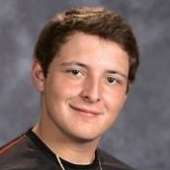 Greenville
A baseball and basketball player, Tompkinsĺ accolades on the baseball diamond speak for themselves. He was an all-state, all-region, all-conference and all-district selection, as well as a 2016 Semoball Awards finalist. In the classroom he maintained a 10.04 GPA (11-point scale). Heĺll continue his baseball career at Mineral Area College. 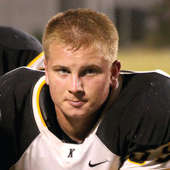 Kennett
Harris has set a strong example for his teammates and his classmates by holding himself to a high standard. Itĺs paid off in success, as Harris has maintained a 4.0834 GPA while graduating fifth in a class of 121. He remained busy athletically in wrestling and football, twice winning a district championship and state qualification on the mat. He was also a first team all-region and all-conference pick in football, as well as a Semoball Awards finalist. He will continue his football career at Southeast Missouri State. 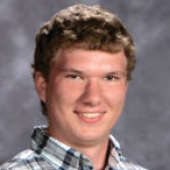 Oak Ridge
Gilliland stayed busy as an athlete, participating in basketball, baseball and cross-country for the Bluejays. A hectic athletic schedule didnĺt prevent him from maintaining success in the classroom though, as Gilliland posted a 9.618 GPA on an 11-point scale. 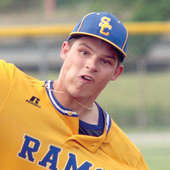 Scott City
A shining example of the term ôstudent-athlete,ö Cox has shined both on and off the court for the Rams. The junior has been first-team all-state, all-conference and all-district in baseball, where he helped his squad to the Class 3 final four for two years running. He was Semoball Awards baseball finalist, an All-Southeast Missourian selection in both baseball and football this season and also a starter for the basketball team. Meanwhile, there was no let down during the school day, as evidenced by his 3.9 GPA. 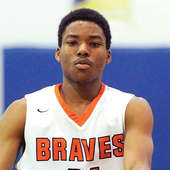 Scott County Central
A two-time Semoball Awards finalist in boys basketball, Porter was a part of two state-championship teams and earned all-state honors for three straight seasons Ś he was the Class 2 Player of the Year as a junior and conference player of the year the last two years. As a senior Porter took on baseball for the first time and hit close to .400. Off the court, Porter maintained a 3.66 GPA and participated in extracurricular activities, including band. He will continue his basketball career at Three Rivers College. 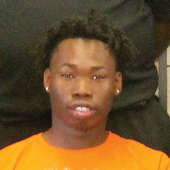 South Pemiscot
A long-time contributor to the boys basketball team, Wilboun was an all-conference and all-district pick on the court, as well as his schoolĺs MSHSAA Sportsmanship Award winner. While playing basketball all four years of high school he also held down a full-time job and maintained a 2.931 GPA. 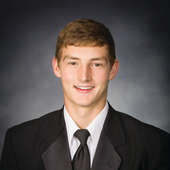 Woodland
Beel has been a prominent figure in Cardinals athletics, but also a standout in the classroom. Beel was an all-Southeast Missourian, all-conference and all-district pick on the basketball court, and will continue his playing career at Maryville University. In track was a sectional qualifier in the discus and triple jump and a state qualifier in the discus. Through all of that, he maintained a 3.844 GPA. 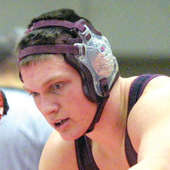 Poplar Bluff
A standout on the football field and the wrestling mat Ś a Semoball Awards finalist in both sports Ś Haley also excelled in the classroom. He posted a 10.674 GPA (11-point scale) and was a well-respected leader by both teammates and classmates. He was a two-time state qualifier in wrestling and finished fifth at the state tournament at 182 pounds his senior season. In football, he was first team all-region and a second team all-state. Haley will continue his gridiron career at Southwest Baptist University. 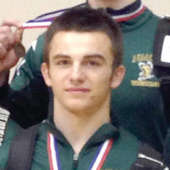 New Madrid County Central
Smith provided a positive role model for younger classmates and teammates as he was victorious in his studies and his athletic endeavors of choice, which included both football and wrestling. He was twice a district champion and a four-time state qualifier in wrestling, finishing fourth at the state tournament this winter. On the football field, he was an All-SEMO Conference pick. Meanwhile, Smith maintained a 3.82 GPA in the classroom.