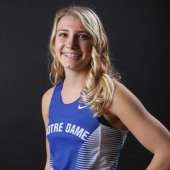 Notre Dame, sophomore
Baumgart was crowned the SEMO Conference champion with a time of 19:21.02 and improved that mark at the Class 3 state meet, finishing third in 19:17.72 and leading the way for a Bulldogs team that finished third in the team standings. She also placed third at the district meet with a time of 18:56. 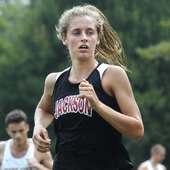 Jackson, senior
The reigning Semoball Girls Runner of the Year was riddled with illness at the end of her final varsity season but returned to wrap up her high school career with a 15th-place finish at the Class 4 state meet in 19:21. She’ll continue her running career next season at the college level with Ole Miss. 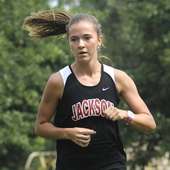 Jackson, senior
Knott became the Indians’ No. 1 runner when Drum was hindered by illness, and she responded by placing eighth at the Class 4 state meet with a time of 19:02.89 and guiding the team to a fourth-place finish in the team standings. The Southeast Missouri State signee also won the district title with a time of 19:16.81. 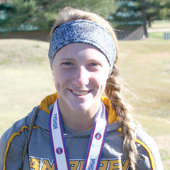 Van Buren, sophomore
Morey was a finalist for the Semoball Awards a year ago and returns as a two-time All-State runner. She concluded her sophomore season by finishing eighth at the Class 1 state meet in 21:17.40. 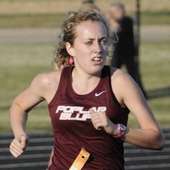 Poplar Bluff, sophomore
Sliger placed in the top-five in nine of her 12 meets this season, including a fourth-place finish at the district meet with a time of 19:55. She capped off her season at the Class 4 state meet, placing 37th in 19:56.14.