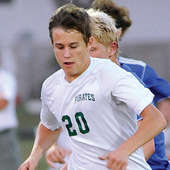 Perryville junior
Bergman led the state champion Pirates with 27 goals during his junior campaign, including a natural hat trick in their 7-1 win over Soldan in the title game. The forward also had 13 assists and was a second-team all-state selection. 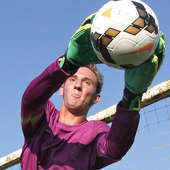 Perryville senior
Dobbelare, the defending Semoball awards boys soccer player of the year, posted 17 shutouts and allowed just 13 goals during the Pirates’ 29-1 season that ended with a state title. The senior was named the Class 2 goalkeeper of the year and first-team all-state. 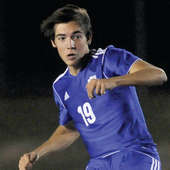 Notre Dame senior
The senior forward netted a team-high 23 goals and chipped in nine assists for the Bulldogs,  who finished the season 17-4-2. Parsons was named first-team all-state in Class 2. 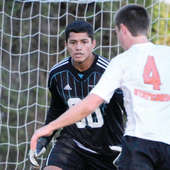 Poplar Bluff senior
Reyes posted 10 shutouts in earning second-team all-state in Class 3. Among his shutouts was the lone loss by Class 2 state champion Perryville, which came down to penalty kicks. He allowed 1.5 goals per game. 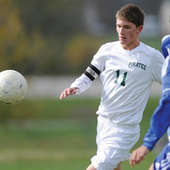 Perryville senior
Schlichting scored 17 goals and posted 28 assists, which is tied for most assists in the state, during the Pirates’ state championship season. The senior midfielder and captain also was a first-team all-state selection in Class 2.