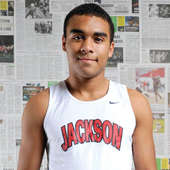 Jackson junior
Givens was a key contributor in the Indians winning the SEMO Conference and district meets and finishing a state-qualifying fourth place at sectional. He finished fifth in the conference meet, seventh at district and later finished 51st at the Class 4 state meet in 16:42. 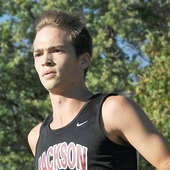 Jackson senior
Jeffers claimed first place at the SEMO Conference and Class 4 District 1 meets. He led the Indians to their first district championship in decades and earned all-state honors with a 22nd-place finish in 16:22 at the state meet to close out his senior campaign. 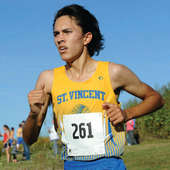 St. Vincent junior
Krauss paced a St. Vincent squad that won a district title and finished second in state by five points in a tiebreaker. The junior won the Class 1 District 1 meet and placed fourth at state in 17:14 to earn all-state honors for the first time. 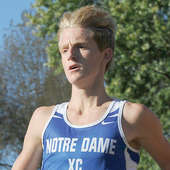 Notre Dame sophomore
The SEMO Conference runner-up McClellan led the Bulldogs to second place at the Class 3 state meet. He earned all-state honors for the first time with an 11th-place finish in 16:42 after not competing at state as a freshman due to an injury. 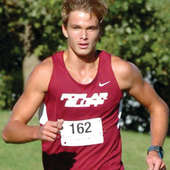 Poplar Bluff junior
Williams was a state qualifer in Class 4, finishing 55th in 16:56. He also placed fourth at the SEMO Conference meet.