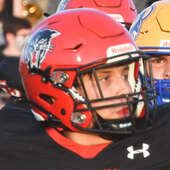 Dexter
Alday led the Bearcats’ offense in Dexter’s first winning season (6-5) since 2001. The senior quarterback earned All-Conference honors in the SEMO Central and Class 3 All-Region honors in addition to being named Dexter’s team MVP and Most Valuable Back. 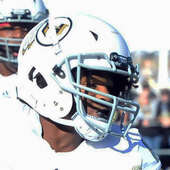 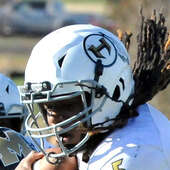 Hayti
Thomas was named the Class 1 Offensive Player of the Year after recording more than 4,000 total yards and 60 total touchdowns. The Indians’ quarterback won the coveted Carr Trophy for his performance as a senior and was a first-team All-State selectio 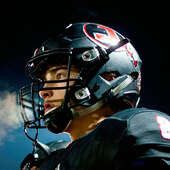 Jackson
Bruns — a Southeast Missouri State commit — broke the state record for most made extra points in a career during his senior campaign, recording 219. The senior was a first-team All-State selection as a kicker, and received SEMO North All-Conference and Class 5 All-Region honors. 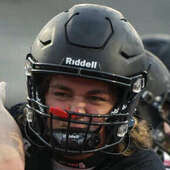 Jackson
Flinn — a Murray State commit — was a key cog in an Indians’ offense that averaged 46.7 points per game. The senior earned first-team All-State honors in Class 5 and was named to the All-Region and SEMO North All-Conference teams. 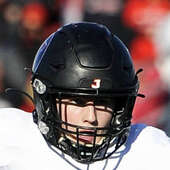 Jackson
After sitting behind his cousin Cael Welker for three seasons, Marchi was able to shine in the Indians’ offense. The senior quarterback was named to the Class 5 All-State second team and received Class 5 All-Region honors. 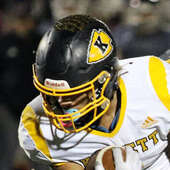 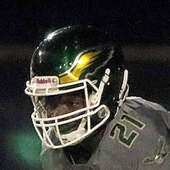 New Madrid County Central
Williams, who helped lead NMCC to an 8-2 record and a second-place finish in Class 2 District 1, was a Class 2 All-Region running back for the Eagles and earned SEMO Central All-Conference honors for his performance in 2021.

Poplar Bluff
The Mules quarterback received SEMO North All-Conference honors after leading Poplar Bluff to a 7-4 record. The senior was also named a finalist for the Carr Trophy and earned Class 5 All-Region honors. 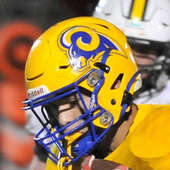 Scott City
Panagos, who typically plays running back, filled in at quarterback for injured teammate Devin Keller for most of the 2021 season and earned third-team All-State honors as an athlete. He was selected to the SEMO South All-Conference team and earned Class 1 All-Region honors.