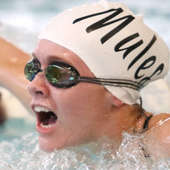 Poplar Bluff
Perhaps the most versatile aquatic athlete in the state, as she finished 8th in the MSHSAA Class 2 State Finals in the 50 free, while also finishing 6th in the diving competition. Bradley also helped the Mules’ take 24th in the 200 medley relay (swimming the fly leg) and 22nd in the 200 free relay. 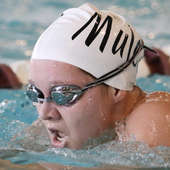 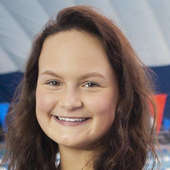 Cape Central
The junior made the finals in four events at the Class 1 MSHSAA State Finals and led-off the winning 200 medley relay squad, while also setting a school record in the prelims of the 100 back. She was the 2020 Southeast Missourian Swimmer of the Year. 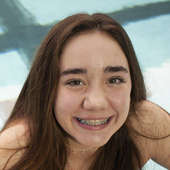 Cape Central
The sophomore was the lone new swimmer on the defending state champion 200 medley relay team, but her tremendous butterfly split of 27.28 set the stage for the clinching free leg swam by Grace Sanders. She made the finals in three other events, finishing ninth (400 free relay), 14th (100 free), and 16th (50 free). 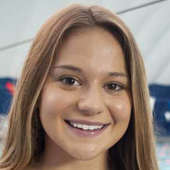 Cape Central
The sophomore breaststroker swam a critical leg of the state championship 200 medley relay squad, as she overtook the top-seed Parkway Central team midway through the race. Individually, she finished sixth in the 100 breast and 25th in the 100 fly, while also helping Cape take ninth in the 400 free relay. 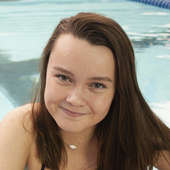 Cape Central
The junior freestyler clinched a state championship with the anchor leg of the 200 medley relay squad, as favored Parkway Central tried to chase her down. Just minutes later, she swam to a 16th place finish in the 200 free. Sanders also placed 26th in the 500 free and helped the Tigers take ninth in the 400 free relay. 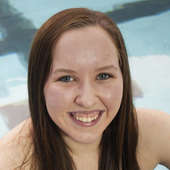 Notre Dame
The sophomore helped the Bulldogs finish 16th in the 200 medley relay (swimming the butterfly leg) and 22nd in the 200 free relay. 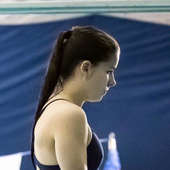 Saxony Lutheran
The junior diver missed advancing to the finals at the MSHSAA Class 1 state meet by one place, as her score of 228.30 finished 17th overall. 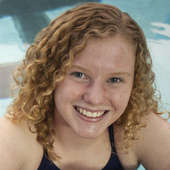 Saxony Lutheran
The sophomore qualified for the MSHSAA Class 1 State Finals as an individual in both the 200 free (placing 22nd) and the 100 back (18th). 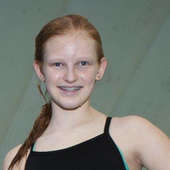 Jackson
The sophomore diver advanced to the MSHSAA Class 2 State Finals on the momentum of a record-setting performance at the SEMO Conference Meet. Wyatt defended her 2019 title by narrowly beating 2018 champion Paige Bradley of Poplar Bluff with a score of 439.55, which topped her record set a year earlier of 415.40.