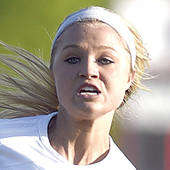 Jackson, junior
Welker was one of the most dynamic and explosive attacking threats on the soccer field this spring, helping the Indians to their second district title in three years. She scored 34 goals for coach Justin McMullen, who called her ôwithout a doubt the best player I have coachedö during his time at Jackson. Welker was the Class 4 Region 1 Co-Player of the Year. She has already verbally committed to play at Southeast Missouri State. 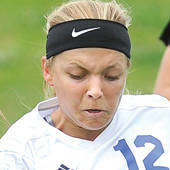 Notre Dame, sophomore
A return Semoball Awards finalist, the dangerous striker lived up to the expectations set as a freshman. Heisserer finished the season with 32 goals and 15 assists and was named the Class 2 Region 1 Player of the Year for a second straight season. She capped it all off by scoring the biggest goal of her young career Śáa golden-goal winner in extra time of the Class 2 state championship Śáto help her team lift the first state championship trophy program history as the Bulldogs went 23-1. 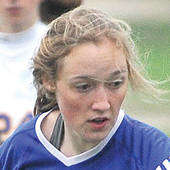 Notre Dame, sophomore
Wilson was her teamĺs anchor in the back, helping the Bulldogs to their second-best defensive season in school history, which included 13 clean sheets. The sweeper was positionally outstanding with the pace to cut off attackers on the loose, and her performance earned her an All-Region nod. 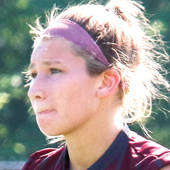 Poplar Bluff, junior
After earning a Semoball Awards nod a year ago, Johnson is back. In 2016 she set her programĺs single-season goalscoring record, and then proceeded to smash it this season, with 35 goals in 18 games. She had seven hat tricks, including twice scoring five or more goals in a game. 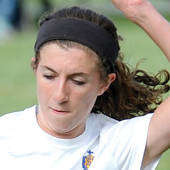 St. Vincent, senior
The central midfielder captained the Indians to a Class 1 state championship this year, with her coach, Caitlin Pistorio, calling her the ôbest player on our team.ö Kapp used her intelligence and poise to spark her teamĺs transition game and earned All-Region first-team honors for a third straight season.