2017 Comeback Player of the Year Finalists 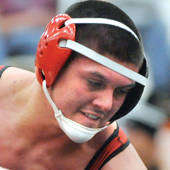 Jackson, senior
Dickerson certainly knows the taste of adversity. For a second straight year, an injury looked like it might not only take his football season, but also damage his wrestling hopes. For a second straight year he overcame that. This time around, Dickerson suffered a full tear of the anterior cruciate ligament in his left knee — he injured his right leg the previous year — during summer wrestling work. The senior somehow managed to rehab from reconstructive surgery in just three months, returning to the football field on Senior Night. Then, shedding his knee brace, he returned to the wrestling mat in the winter and earned himself a second consecutive trip to the Class 4 state meet while earning a spot as a Semoball Awards finalist in the sport. 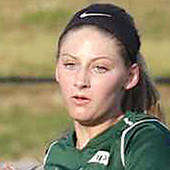 Perryville, freshman
The Perryville volleyball staff had high hopes for Hemmann before she even got to high school, but her future was thrown into doubt when an all-terrain vehicle accident forced the young athlete to undergo surgery to amputate her leg above the knee. With hopes of simply joining the team for her first high school season this past fall, instead Hemmann played in the first home game of the season in August, hitting an ace on the first serve of her Perryville career. She continued to play throughout the season, and was also a part of the Pirates girls soccer team this spring. 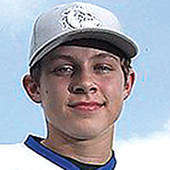 Notre Dame, sophomore
A year ago, Robinson was involved in a UTV accident on the eve of his birthday, robbing him of three fingers on his left hand. A year later, now a sophomore, he was the starting designated hitter for the Notre Dame baseball team. He hit a three-run double in the season opener, held down a regular spot in the lineup and hit .250 with five doubles on the season. 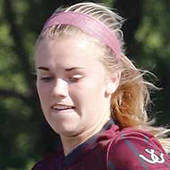 Poplar Bluff, freshman
After undergoing her MSHSAA-mandated physical entering her freshman year, Hicks was diagnosed with an atrial septal defect requiring heart surgery. The freshman put off the procedure in order to play her freshman softball season in the fall, but on Nov. 22 underwent open-heart surgery. Just six weeks later she was on the basketball court. She also played soccer for the Mules this spring.

Junior, Poplar Bluff
When Bell went down with a tear to his anterior cruciate ligament during the football season, it was a blow to the Mules football team, but also a blow to the multi-sport athlete. But after undergoing surgery on an injury that can often take in excess of nine months to recover from, Bell was ready to go in the spring for the Poplar Bluff track and field team. The junior capped his trying year with an all-state finish at the Class 5 state championships, earning a silver medal in the javelin with a throw of 176 feet, 2 inches.