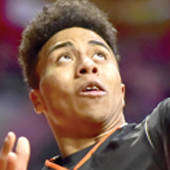 Advance, junior
It was a breakout season for the Hornet standout, who averaged 20.2 points per game, 5.6 rebounds, 3.9 assists and 2.4 steals. Even as a slasher with outside-shooting ability, Vermillion still shot 56.7 percent on the season. The Class 1 All-State selection also had a flair for the dramatic, as shown by his performance during his team’s Southeast Missourian Christmas Tournament turn and a 38-point outburst in the Class 1 semifinal. 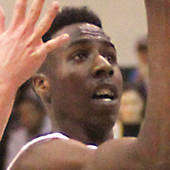 Caruthersville, junior
The Tiger small forward may have operated out of the spotlight in Caruthersville, but Fonda’s numbers stand up with the best. He averaged 20 points and nine rebounds for the Tigers with a season-long performance that garnered him honors as Bootheel Conference Player of the Year. 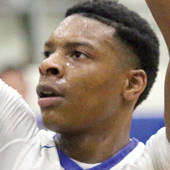 Charleston, junior
Another player on the list with a breakout season, the long, lean 6-foot-4 forward was a handful on a nightly basis. He averaged 19.9 ppg and 9 rpg, while pitching in defensively with 1.5 spg and 1.5 blocks. He helped lead the Blue Jays to a district title and a Southeast Missourian Christmas Tournament title. 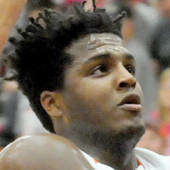 Ellington, senior
Morrissey was an offensive force for Whippets, shooting 69 percent from the field to the tune of 20 ppg and got to the free-throw line more than 200 times. Morrissey also pulled down 9 rpg, and averaged 2.2 apg and 2 spg for a team that went 22-6 and fell just four points short of a district championship. 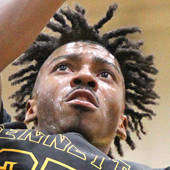 Kennett, senior
The Indians big man was a handful under the basket, where he used his 6-foot-5 frame to average a double-double on the season. Kenny put up 17 points and 12 rebounds each night, contributing on the defensive end with 2 bpg. He also led the area in shooting percentage, converting 74 percent of his field-goal attempts. Kenny was an All-Conference and All-District pick. 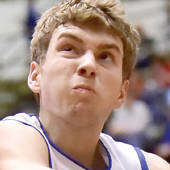 Oran, senior
Priggel’s personal success led to team success, as the senior helped guide the Eagles to a somewhat surprising run to a Class 2 state championship. Priggel averaged 19.5 ppg, 4.5 rpg, 2.3 apg and 1.9 spg, while shooting 48 percent from the field and 41 percent from beyond the arc. He was well recognized for his effort, earning an All-District nod and being named the Scott-Mississippi Conference Player of the Year and, most impressively, MSHSAA Class 2 Player of the Year. 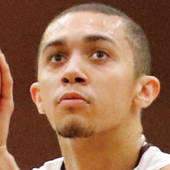 Poplar Bluff, senior
The 6-foot-6 forward was the leader of a talented Mules side, putting up 19 ppg and 8.1 rpg. He shot 84 percent at the free-throw line, 45 percent from the field and 35 percent from 3-point range giving Poplar Bluff an all-around threat. That includes defense, where he had 2 blocks per game. Lucas will continue his career at Three Rivers Community College. 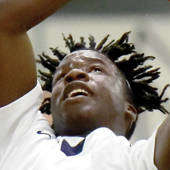 Saxony Lutheran, senior
The athletic 6-foot-3 guard was a menace in transition for the Crusaders and helped push Saxony Lutheran to a district title and a Class 3 quarterfinal appearance. He stuffed the stat sheet with a near triple-double, averaging 16.5 ppg, 8.1 rpg and 8.25 apg. He knocked down 63.8 percent of his shots and was a 47-percent outside shooter. Rogers went 50-8 in two years with the Crusaders and wrapped up his career with All-District and All-State honors. 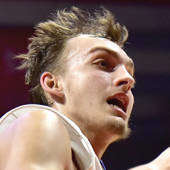 Scott City, senior
Everyone knew when the Rams guard walked in the building — if only because he could knock down shots from the doorway. Renowned for his willingness to shoot from anywhere and his ability to make those shots, Keller averaged 23 points on 45-percent shooting, including 38 percent from deep and 80 percent from the charity stripe. His diverse skill set also saw him pull down 6.5 rebounds and dish out 4 assists, with 2.7 assists per game. 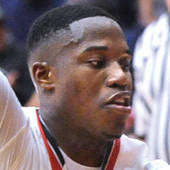 Sikeston, junior
The 2016 Semoball Awards Boys Basketball Player of the Year is back after yet another stellar campaign. The 6-foot-2 junior put up 25.1 ppg and 12.1 rpg with 5 apg and 3 spg. His ability to do anything and everything saw Thatch earn an All-State nod and be named SEMO Conference Player of the Year, while leading the Bulldogs to a 24-5 record, district title and berth in a Class 4 quarterfinal.