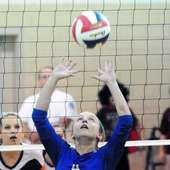 Bernie, junior
Baker led the Mules with 411 assists as the starting setter on a squad that advanced to the Class 1 final four. She also had 194 digs, 12 blocks, 12 aces and was a First Team All-State selection. 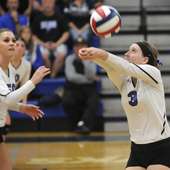 Notre Dame, senior
Feeney eclipsed the school record she set last year with 744 assists as the starting setter on a Bulldogs team that won the Class 3 District 1 championship. She had 217 digs and 50 aces in earning first-team honors as All-Region, All-Conference and All-District. 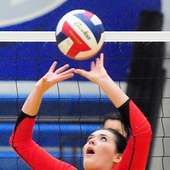 Dexter, sophomore
Garrison was named the SCAA Conference Player of the Year, finishing her sophomore year with 280 assists, 258 kills and 155 digs. She also had 40 aces and a .440 hitting percentage on her way to being named First Team All-Region and All-District and Second Team All-State. 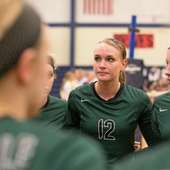 Perryville, senior
The leading middle blocker on a Pirates team that finished 22-12-3, Hoff had 274 kills and 252 digs in a senior campaign that resulted in her being named the JCAA Conference Player of the Year. Hoff was also named First Team All-District and had 50 blocks and a .850 serving percentage. 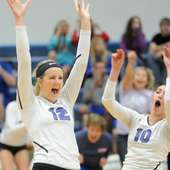 Notre Dame, senior
McAlister concluded her senior year with a single-season school record 493 kills and was honored as the SEMO Conference Player of the Year. She also had 183 digs and 52 aces in earning First Team All-District and All-Region and Second Team All-State honors. 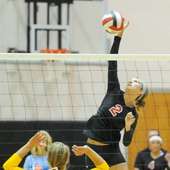 Jackson, senior
The 5-foot-11 Reid was a constant presence at the net and helped power the Indians to a 23-11-3 record and a Class 4 District 1 championship. She was a First Team All-Region and All-Conference selection and was also an honorable mention All-State selection. 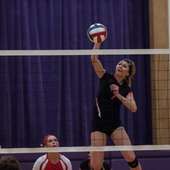 Woodland, sophomore
The 5-foot-10 outside hitter notched 284 kills and 157 digs, earning Class 2 Second Team All-State honors. She had a .507 hitting percentage and a .927 serving percentage while being named first team in All-District, All-Region and All-Conference. 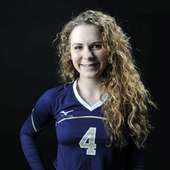 Saxony Lutheran, sophomore
Sprink helped guide the Crusaders to a runner-up finish in Class 2 District 2, wrapping up her season with 214 kills and 230 digs. She also added 58 aces and 16 blocks in earning First Team All-District and All-Region and Honorable Mention All-State. 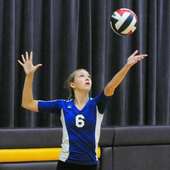 Bernie, junior
Tanner was a starting middle hitter for the Mules, who ended their season in the Class 2 state semifinals. She was a First Team All-State selection who finished with 227 kills, 126 digs, 67 blocks, 24 aces and a .300 hitting percentage. 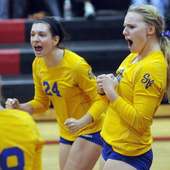