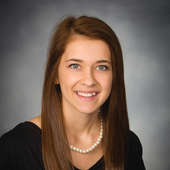 Woodland
A three-sport athlete, Lincoln excels athletically and academically. She was a starter in volleyball, basketball and softball and a two-time academic all-state pick in volleyball. In the classroom, she maintained a 4.81 GPA on a 4-point scale. 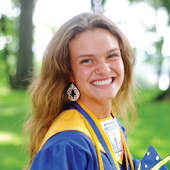 Scott City
Only Bowers knows how she was able to juggle five different sports while also excelling in the classroom. The senior finished the school year with a 4.1 GPA while playing volleyball, basketball, softball and running cross country and track and field. Bowers helped the Rams fast pitch team to a district title and was all-conference and all-district in the sport this spring. She was also an all-district selection in cross country and in the spring qualified for the state meet as a long-distance runner. 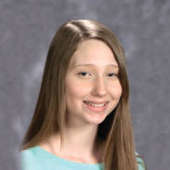 Oak Ridge
Not only was Lemonds a regular presence for the Bluejay cheerleading squad, she was an extremely high achiever in the classroom, posting an 11.49 GPA on an 11-point scale.

Neelyville
A four-year starter for Neelyville’s softball team, Reinbott has positioned herself for success through her excellent academic performance. She posted a 4.16 GPA to graduate as her class’ valedictorian, and also scored a 31 on the ACT, putting her in the top 3 percent in Missouri. 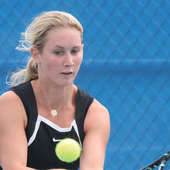 Kennett
The senior persevered through a knee injury and wrapped up four years as a varsity tennis player by being named a Semoball Awards finalist in the sport, in which she qualified for the state tournament multiple times, including helping the Indians to a final four appearance in 2013 and 2014. She was also a cheerleader for the Indians. But the classroom was even more impressive, where she maintained a 4.2857 GPA to graduate as her class’ valedictorian. She was also active on the school newspaper and yearbook staff as well as in Key Club. 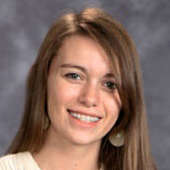 Greenville
A Semoball Awards finalist in girls basketball, Smith led the area in scoring while earning all-state, all-region, all-conference and all-district nods. She was also an all-region, all-conference and all-district pick in volleyball, and all-district and academic all-state in softball. That’s impressive, but so is her 11.3 GPA (11-point scale) and her numerous academic awards in science, creative writing and business communications, among others. The epitome of a team player, Smith will continue her basketball career at Mineral Area College.

Clarkton
Riley’s focus was not only on the volleyball court, but also on school work. The work she put into her athletic endeavors earned her all-conference and all-district selections in volleyball, while in the classroom she posted a 3.9 GPA. 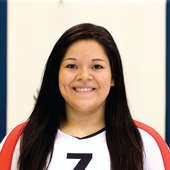 Eagle Ridge
Hefner showcased her passion for athletics both on the playing field and in the classroom — she’d like to work toward a future in physical therapy or training. She was first team all-state and all-conference in volleyball and helped her team to a state title a year ago. She also participated in basketball and track and field, while maintaining a 3.8 GPA in the classroom. 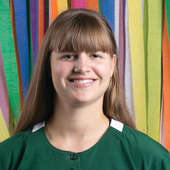 Perryville
Her class’ salutatorian, Nelson was also an accomplished violinist and saxophonist, volunteered her time as a youth sports official and graduated with a 4.0 ERA. On the field, Nelson played softball, basketball and soccer for the Pirates, captaining the soccer and softball teams and earning all-district nods in both. 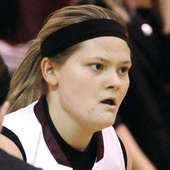 Kelly
The heart and soul of the Hawks girls basketball team for four years, Dunne made the leap into soccer for the first time as a senior, leading the program as goalkeeper in the program’s second year of existence. She was an all-district selection in the sport as well as in basketball. Academically, she was an elite achiever with a 3.94 GPA.

Sikeston
Martin excelled in track & field, winning a conference championship in the hurdles and being named Academic All-Conference. She was also the head cheerleader of her school’s squad, providing leadership to the group much as she set a good example in the classroom. In that academic setting she excelled to the tune of a 4.31 GPA while graduting in the top 10 percent of her class 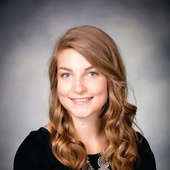 Cape Central
Uhls time with the Tiger tennis team kept her busy in the fall, but so did a stacked schedule of high-level academic courses. Ultimately, she graduated with an 11.857 GPA (11-point scale) and in the 90th percentile of her class while being named the Cape Booster Club Scholar Athlete. Also recognized for her artistic ability, she will attend the University of Missouri, Kansas City. 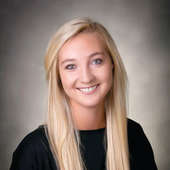 Notre Dame
A soft-spoken individual, Gant let her work do the talking. The three-sport athlete participated in cheerleading, softball and soccer, winning a district title in soccer and traveling to the final four in softball. In the classroom, Gant maintained a 4.19 GPA.

Twin Rivers
Cunningham set high goals for herself and chased them in the classroom, on the basketball court and on the softball team. She was an all-conference and all-district pick twice in softball and was named to the Lady Royals Christmas Classic All-Tournament team on the hardwood. Cunningham is her class’ valedictorian, with a 11.0 GPA (11-point scale), and scored a 26 on her ACT. She will continue her softball career at Three Rivers College.

Advance
A three-year contributor to Hornet volleyball, Garner earned second team all-district honors in 2015. The passionate competitor also participated in cheerleading. She put forth a similar level of effort in the classroom, which allowed her to post a 4.11 GPA. Garner earned a volleyball scholarship at Missouri Baptist University. 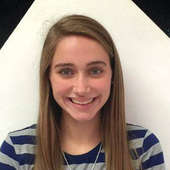 Bell City
Hunt’s 11.53 GPA speaks for itself, but she was also a compassionate and hardworking leader during her extracurricular activities, including Academic Team, band, pep club, FBLA, FCCLA, Student Council and National Beta Club. In the athletic realm, Hunt participated in volleyball and cheerleading. 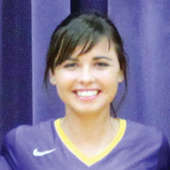 Bloomfield
An all-conference cheerleader and a two-time district champion on the volleyball court, Tippen was a leader in athletics. She helped her team to a fourth-place finish in the 2014 volleyball state tournament. She was captain of the cheerleading squad as a senior. In the classroom, Tippen worked to graduate with a 3.78 GPA 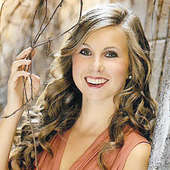 New Madrid County Central
Playing the role of student-athlete to a ‘T,’ Allen maintained a perfect 4.0 GPA while captaining both the softball and cheerleading teams at NMCC. Her hard work led her to graduate as valedictorian of her class, while also leaving an imprint on others as a tutor to younger athletes looking to follow in her footsteps.